Katus- pronounced Katoosh- brings the music to Wanderlusts. Singing in English, Czech,Bulgarian,French,Russian and Gaellic, and as well as her own made up language, she also plays the Chinese ‘Hulusi’ and the flute. She has toured all over the World and played with such musicians as Seth Lakeman, The Levellers, Nigel Kennedy, Kroke and Czech Indi star Lenka Dusilova. She will come and sing for you round your camp fire, her favourite stage, and even bring you dinner too and a bottle of wine.. 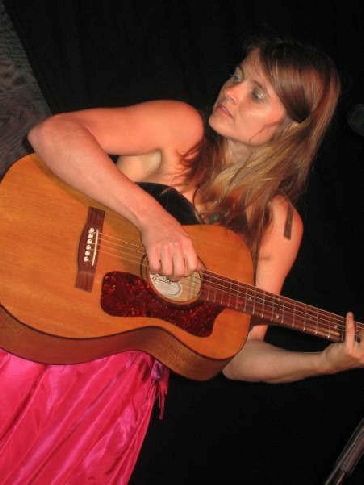 Katus may even call in some talented local Cumbrian musicians to join her if you would like more of a shin dig, perhaps if you are a larger group, or having a party or wedding..

For such events Katus and her band can perform on a cart, with or without amplification.

“Katuš, described accurately in the programme as a “world-folk duo” are, in the best possible sense, not like anything I have seen for a very long time. Where many performers and groups tend to find out what they can do and then limit themselves to a rigid style, Katuš delights in experimenting, innovating and enjoying the variety of sounds that can be produced from an instrument or her voice. I lost count of how many languages she sang in, and as well as the guitar that she played for most numbers there was some excellent flute playing and a Chinese instrument called a ‘hulusi’. If I hadn’t been watching closely, I would not have been surprised to look up and discover that a new performer had taken the stage for every song.” BUXTON FESTIVAL

“She is a true troubador spirit and one of the most refreshing pieces of originality and substance you are ever likely to hear.” MUSIC NEWS SCOTLAND

“I can’t believe she sings through the flute – amazing!” NIGEL KENNEDY

“Better than red stripe! Tales of love, fate & passion, culminating in a range of A-capella songs that staple you to your seat.” N16FRINGE LONDON

“If you are lucky enough to see Katus perform , the first thing that’ll melt is your heart, followed closely by your preconceptions.”

For an interview with Katus on BBC World Serice Radio Prague see www.radio.cz/en/article/86322

Here you can listen to some of her songs. For music ,videos, albums and tour dates click on the logo and visit her website: 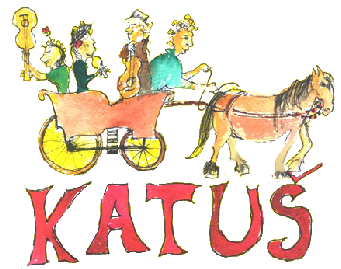